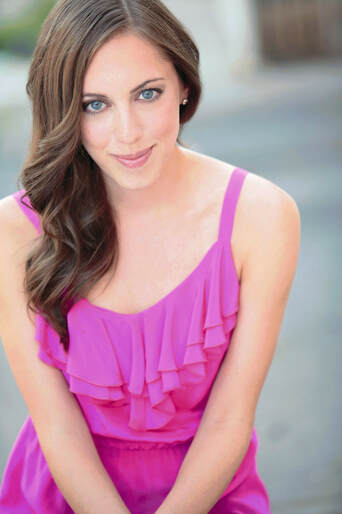 Kate is honored to return to New Canaan High School to make her directorial debut with Oklahoma!. While a student at NCHS Kate was in all the musicals and plays including Grease!, Barnum, Oliver! and Once Upon a Mattress. After graduating in 2005 she went on to major in musical theatre at Syracuse University. She received her BFA in 2009 and moved to New York City. Upon graduation Kate became a member of the Actors' Equity Association and performed in many regional theatre productions all over the country and in NYC including Camelot at Sacramento Music Circus, South Pacific at the St Louis MUNY, Sunset Boulevard directed by Michael Mayer for the Roundabout Theatre Company and many productions at the Summer Theatre of New Canaan. Favorite roles include Lucy in You're a Good Man, Charlie Brown, Vivienne in Legally Blonde and Louise in Gypsy for which she won the 2016 Connecticut Critics' Circle Award for Best Featured Actress in a Musical. Kate has been seen on TV in Mistresses (ABC) and HAPPYish (Showtime) and the pilot of The Smart One (ABC). She is a member of SAG-AFTRA. She also worked as a production assistant for Lombardi on Broadway in 2011 and for The Golden Globe Awards with Dick Clark Productions in 2010 and 2011. For the last four years Kate has taught voice and theatre at Music Theatre of Connecticut in Norwalk and The Studio in New Canaan.
It is a complete joy and a privilege to return to her alma mater and to her beloved NCHS Theatre Department to work with these inspiring and talented students. She hopes to continue the department's legacy of producing first class musicals.
Kate resides in New Canaan with her husband Rob, children Rob and Claire and yellow lab Ellie.
Powered by